A record number of 284 exhibitors and 20,700 visitors attended the traditional electricity industry fair in Eliaden, Norway. The main attraction at Hedengren Security’s stand was...

Roles change, but the direction remains the same – new chairman for Hedengren board

Berndt Johansson, who chaired the Hedengren board for more than 23 years, will become chairman of the council of shareholders, and will be replaced by long-serving board member L...

We are committed to acting honestly, responsibly, and ethically. We also expect this from our stakeholders, with whom we work. We want to promote a workplace culture that is consistent...

Roles change, but the direction remains the same – new chairman for Hedengren board

The chairman of the board of the Hedengren group was changed in the AGM held on April 13, 2022. Before Berndt Johansson, the board was chaired by his grandfather Einar Johansson (chair from 1920 to 1961) and his uncle Bror Johansson (from 1962 to 1998).

It has been a tradition in the family business that the managing director or board chair comes from within the family. However, as no suitable candidate was available in the family, Johansson says that Husberg was a natural and ideal alternative in the circumstances.

“Our appointments are always made under the ‘best to the top’ principle. Long-term collaboration and the trust of the family in Lars Husberg have created the same kind of feeling of continuity as passing on the business to the next generation within the family,” says Johansson.

Chosen three times among Finland’s 100 best-known IT experts, Husberg, who also has a solid international track record, joined the Hedengren board in 2015.

“During my career so far, I have learned to value highly family businesses in which ownership is managed with long-term plans and decisions are made close to home. Hedengren’s corporate culture is based on dialogue, high-quality operations and the family’s deep commitment to developing the company,” says Husberg. 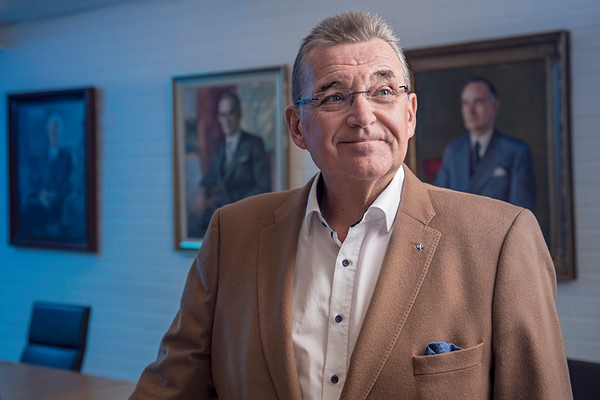 Berndt Johansson, who has had a long career in the board, would prefer not have a portrait of himself on the board room wall, but instead a picture of the company’s employees. “The company’s success comes from the staff, from the understanding that each employee is equally important to the company. When you find the best person for each job, the other things fall into place, too,” says Johansson.

According to Johansson, Husberg has impressed the owners along the years with his strategic prowess and interpersonal skills. His values also match those of the family.

“It is important that the owners keep up with the times, and that the board has the competence to carry out the chosen strategy. Lars has played an important role in the creation of our new strategy, and he has also won over the family’s trust with his skills in collaboration, networking and creative thinking.”

Hedengren’s board also received a new member at the AGM. The board’s fifth member is Fredrik Rönnlund, a marketing and technology expert of a new generation, chosen as Young Board Member 2020 in Finland.

Having given up the position of chairman of the board, Johansson will chair the council of shareholders, tasked with determining the views of the owners and communicating this to the company board and executive management. The council also prepares new generations to work for the company and to assume management positions.

“My job is to work with the board and act as an ambassador for the owners. The council members will appear more prominently in company events, and I will in future train all new Hedengren employees about the company’s history and values,” says Johansson. 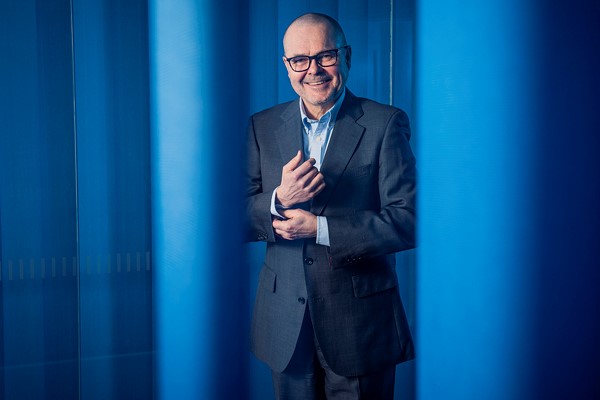 Lars Husberg’s aim is to steer Hedengren in an increasingly international direction. “It would be great if in five years’ time the Nordic countries were an inseparable part of our domestic market,” says Husberg. “The key element in successful growth for us lies in the creation of new solutions by combining the world’s best products.”

Although the appointment of a new chairman is a case of changing roles rather than a change in the company’s direction or doing things differently in the board, Johansson sees the change in personnel as a source of inspiration and an important ritual for the company’s growth.

“It is not in the company’s interest if the same people hold the same positions for too long. Times change and owners and the board need to have the ability to see what expertise is required to take the company forward. At times of transition, it helps to have a management model in which powers and responsibilities are very clearly defined.”

Husberg, too, emphasizes the continuity of board work.

“I shall take the helm in auspicious conditions. The company is well managed, it is making a profit and its staff have unique expertise. It is my job to steer the ship on the chosen course, but at the same time look into the future and highlight any growth opportunities that the changing operating environment and technological advances open up for our business,” says Husberg.